Despite how difficult it can be to get out of debt in the first place, debt isn't always a one-and-done occurrence. Some families work hard to climb out from under their financial obligations only to find themselves back in similar situations years later. For a closer look at repeat debt offenders, we surveyed over 1,000 people about their personal money matters. Read on as we uncover the average age Americans get out of various forms of debt, which types of debt take the longest to pay off, and how often people fall back into debt after paying it all off. Overcoming Financial Obligations
Rocco Savage
February 20, 2021
Advertiser Disclosure

Imagine what you could do with $14 trillion in the bank. End world hunger? Solve the homelessness issue in the U.S.? Own your own NFL team? All of the above?

According to the New York Federal Reserve, Americans all across the U.S. have accumulated a record-high $14 trillion in mortgage debt, credit card debt, student loan debt, medical debt, and other forms of financial obligations. Depending on how much money you owe, getting out of debt can require major lifestyle changes, long-term sacrifices, and relationship strains that take years to absolve.

Despite how difficult it can be to get out of debt in the first place, debt isn't always a one-and-done occurrence. Some families work hard to climb out from under their financial obligations only to find themselves back in similar situations years later. For a closer look at repeat debt offenders, we surveyed over 1,000 people about their personal money matters. Read on as we uncover the average age Americans get out of various forms of debt, which types of debt take the longest to pay off, and how often people fall back into debt after paying it all off.

The average American household has more than $8,000 in credit card debt (that's more than $5,800 per card-carrying adult), adding up to more than $1 trillion owed all across the country. More than being a resource for unnecessary shopping binges, the average consumer uses their credit cards to pay off unexpected medical expenses. Compounded with overwhelmingly high interest rates, payment toward credit card debt can account for 60% of a person's total income in an entire year.

Roughly 91% of Americans polled acknowledged having gotten out of credit card debt at least once in their lives, followed by personal loan debt (68%) and payday advance loans (19%). On average, those polled were 28 years old the first time they climbed out of credit card debt and 27 years old the first time they were free of payday advance loans. People aged 18 to 29 owe over $1 trillion in debt alone, including credit cards, student loans, and auto debt.

Paying off your debt, no matter how considerable, isn't always a straightforward process. Everyone's financial profile is different, and the kind of debt you've accumulated (in addition to your consistent income levels) can play a major factor in determining the best way to pay it off.

When asked how they managed to overcome their debt, the most common solution among both men (73%) and women (74%) was creating a budget. Despite realizing they needed to put a budget together to sort through their finances, sticking to that budget was a slightly less common occurrence (69%) overall. Selling unneeded items was slightly more popular among women (35%) than men (31%), though men were slightly more likely to get a second job (31%) compared to women polled (30%) as a means to pay off debt.

Put seven economists in a room, and see how long it takes them to come up with seven different opinions on the best way to get out of debt the quickest. In reality, a multitude of techniques exist for a person to employ to whittle down their debt and ultimately say goodbye to it forever, but they may not all be as effective from person to person.

While 67% of Americans identified the avalanche method as the most successful for them (paying down the debts with the highest interest rates first), we found women (74%) were more open to this approach than men (62%). In contrast, men identified both creating a budget and getting a second job (70% each) as successful methods for getting out of debt more frequently than women did.

While men and women typically only differed within a few percentage points over which debt reduction methods were the most successful, more than half of women (56%) identified taking out a personal loan as successful compared to just 36% of men.

Creating a financial budget (and sticking to it) can be a successful method for getting out of debt, but when your expenses exceed your income, or you encounter unexpected costs from medical bills or repairs, debt can start to feel like an endless cycle.

Despite a majority of Americans acknowledging having climbed out from underneath their credit card debt at some point, nearly as many found themselves back in similar positions afterward. Eighty-three percent of people said they had fallen back into the same deficit some time later. Overwhelmingly, a lack of savings (43%), spending beyond their means (38%), and not budgeting (35%) were listed as the biggest factors contributing to repeat debt.

Millennials may be the most likely generation to experience cycles of debt due to a lack of savings (51%), followed by not budgeting (44%) and spending beyond their means (40%). Despite receiving constant attention for their traveling and spending habits, millennials were only slightly more likely to be back in debt as a result of their travel spending (20%) compared to Generation X respondents (19%) and baby boomers (17%).

With an average of roughly $5,600 in credit card debt and $6,800 in personal loan debt, roughly 4 in 5 Americans are optimistic that they'll be able to get out of debt and keep it that way. Including 87% of baby boomers and 82% of Gen Xers and millennials, a majority of spenders believe achieving a debt-free status is still a possibility.

While baby boomers were generally the most optimistic about the future of their finances, more than 1 in 10 baby boomers surveyed admitted to feeling pessimistic about their ability to get out of debt permanently. In 2018, half of job gains throughout the year were due to older employees putting off retirement and staying in the workforce longer than expected.

For millions of Americans, the reality of debt across their credit cards, personal loans, and housing expenses is a constant struggle. While many of those surveyed identified finding a way out of debt over time by building successful budgets or utilizing different methods of paying off their obligations, nearly as many found themselves back in debt some time later. Despite a majority of Americans feeling confident that they may be able to avoid debt permanently in the future, older respondents were more likely to feel discouraged about the long-term state of their finances.

At OnlineLoans, we want to help you find the fast funding you need for life's unexpected expenses while helping you stay informed about financial trends along the way. With access to some of the best loan options on the marketplace, we're committed to helping you take back your financial future with debt consolidation, business loans, mortgage options, and more. Learn more by visiting us online at OnlineLoans.com today!

We surveyed 980 people who have previously paid off credit card debt, personal loan debt, payday advances, and/or home equity lines of credit and then found themselves in debt in one of these categories again.

These are the only debt types we explored.

We had 489 men, 490 women, and 1 nonbinary respondent take our survey. Our generation breakdown is as follows:

The remaining respondents belonged to other generations.

This survey is based on self-reporting. This means people could have over- or underestimated their debt amounts and the length of time spent paying them off.

Are your readers nervous about their financial futures too? We encourage you to share the results of this study for any noncommercial use with a link back to this page to recognize our talented team of contributors for their work and findings. 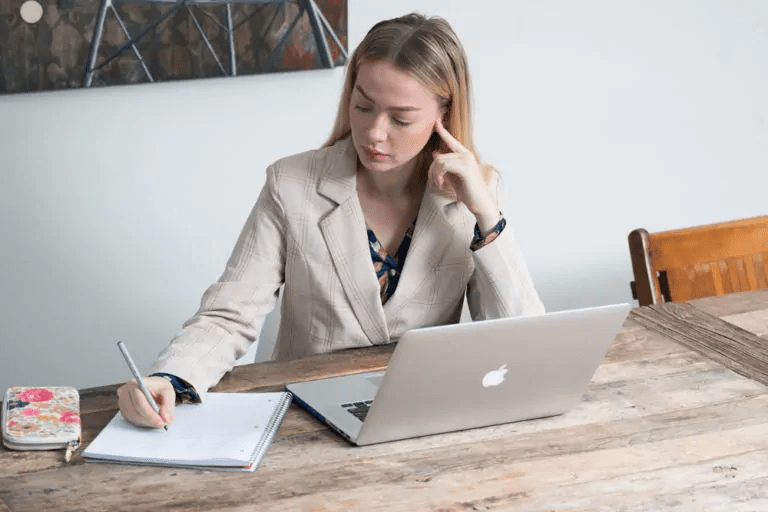 How Can I Get a Loan Online? 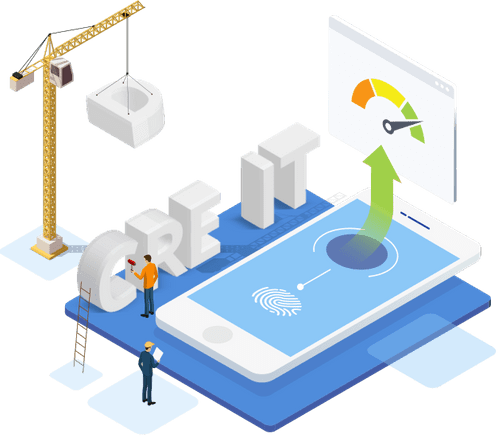 Prequalify without effecting your credit score
Get Offers Now